Including wildlife into urban planning

Biodiversity in cities is important for city dwellers as is supports the provision of ecosystem services and allows for positive human-wildlife interactions. Current urban planning strategies generally ignore biodiversity, and in particular wildlife. Densification and a lack of knowledge about habitat needs of species result in the design of urban buildings and green spaces that are hostile to wildlife. As a consequence, urban biodiversity is decreasing worldwide.

Animal-Aided Design is a methodology that reconciles wildlife conservation and urban design at the local scale, by providing ecological knowledge to urban planners in the design format of their profession. The basic idea of Animal-Aided Design is to include the presence of animals in the planning process, such that they become an integral part of the design. The requirements of the species set boundary conditions for the planning process, but also serve as an inspiration for the design itself. Animal-Aided Design is suited for new developments, but can also be applied to re-developments. It can also be used to optimize building and green space maintenance to allow for more wildlife.

Animal-Aided Design can be smoothly integrated into standard planning procedures, for example for project-based planning. 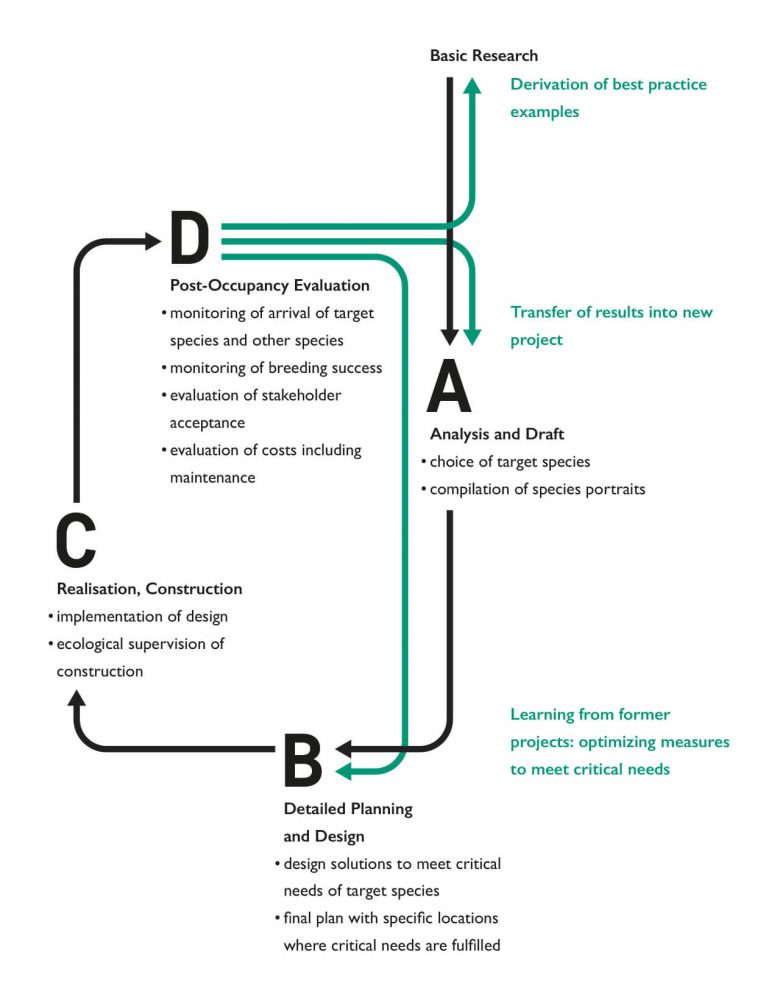 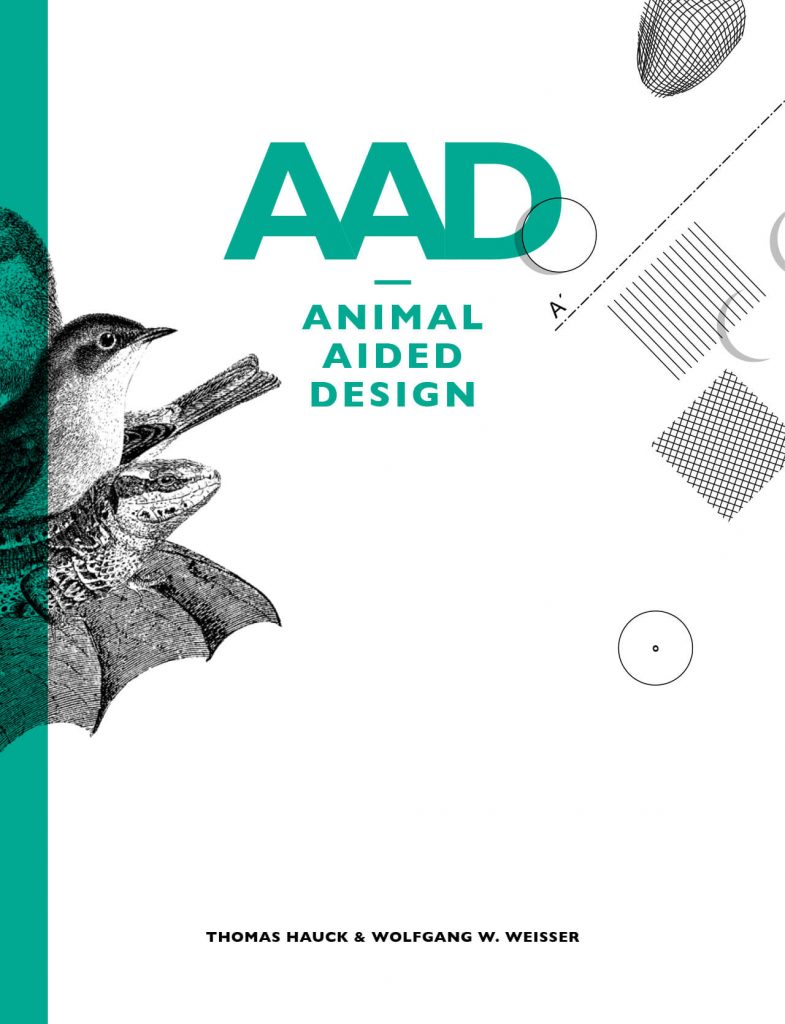 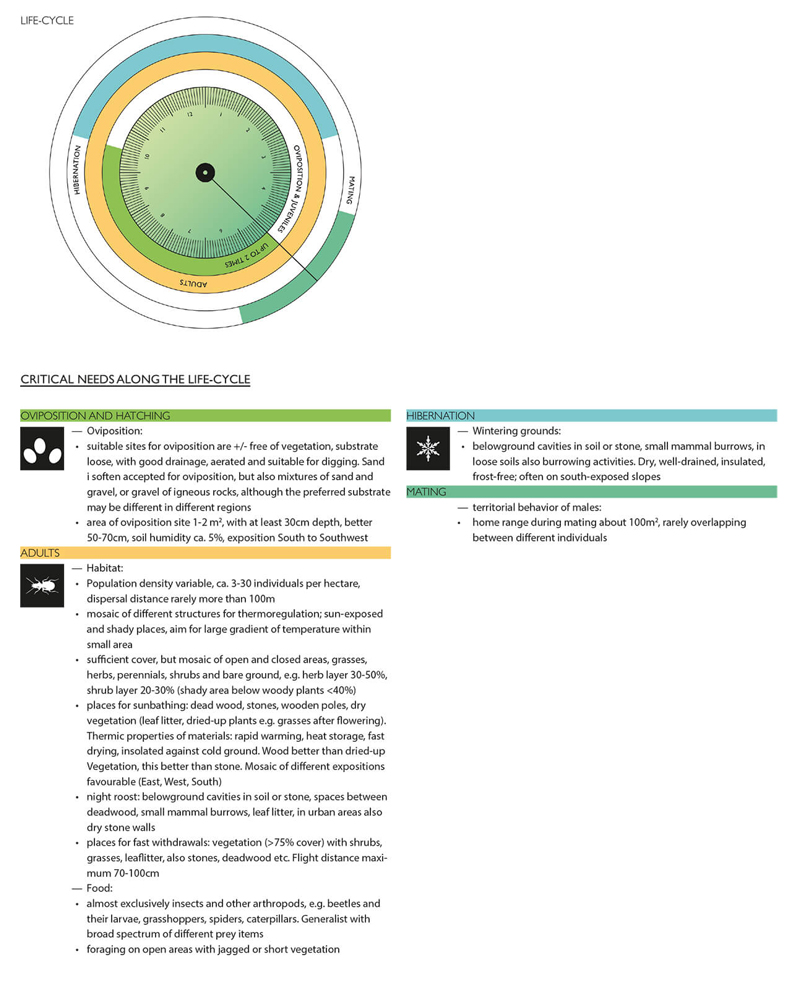 The species portrait not only provides basic biological facts, but also information on the human-animal interface, i.e. the way in which humans can interact with the animal. This includes traits that make a species attractive for humans, such as its appearance and behaviours such as singing, mating, nesting or hunting, as well as the ecosystem services provided by the species. It also includes potential conflicts such as how human land use negatively affects the species (e.g. sensitivity to noise), or potential negative effects on humans that need to be avoided (e.g. feces underneath bat entrances in façades). It also provides information on how a local habitat can be incorporated into larger-scale spatial planning, such space requirements (patch size), minimum population sizes and dispersal capacity. 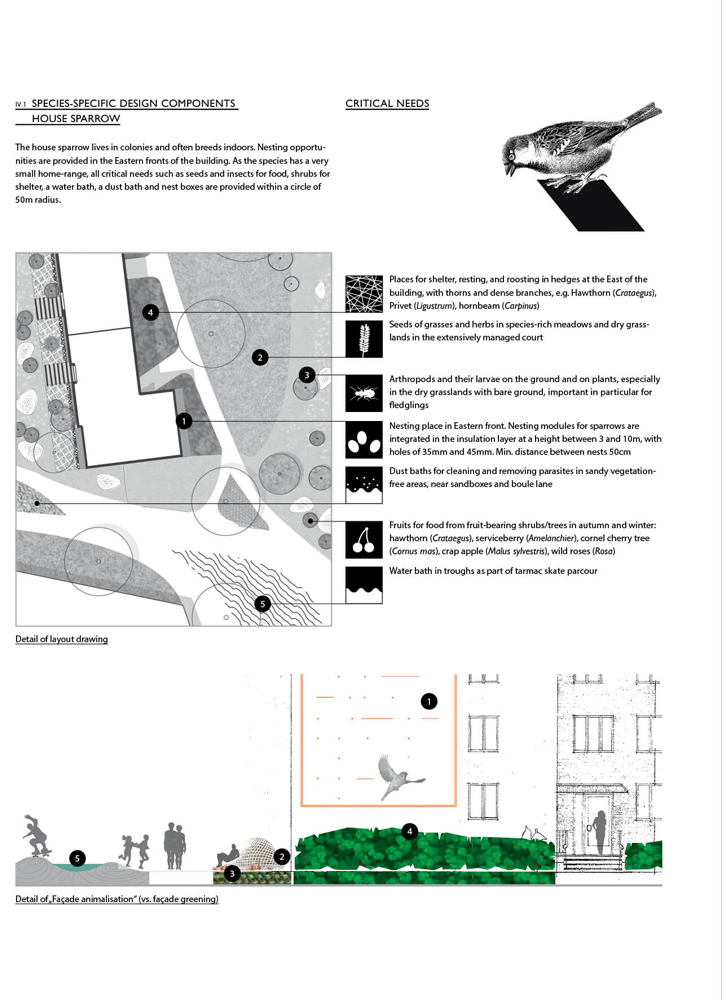 In the construction phase, the design is implemented at the building site. Here, it is important that building supervision takes place, to oversee the correct implementation of wildlife enhancing design elements. Finally, all AAD project should have a post-occupancy evaluation, to test if the target species settles at the project site, if they reproduce successfully, and whether certain structures are more successful than others. Ideally, the monitoring phase should span several years. The insight gained during monitoring will help to further improve species portraits and provide guidance for successful implementation.